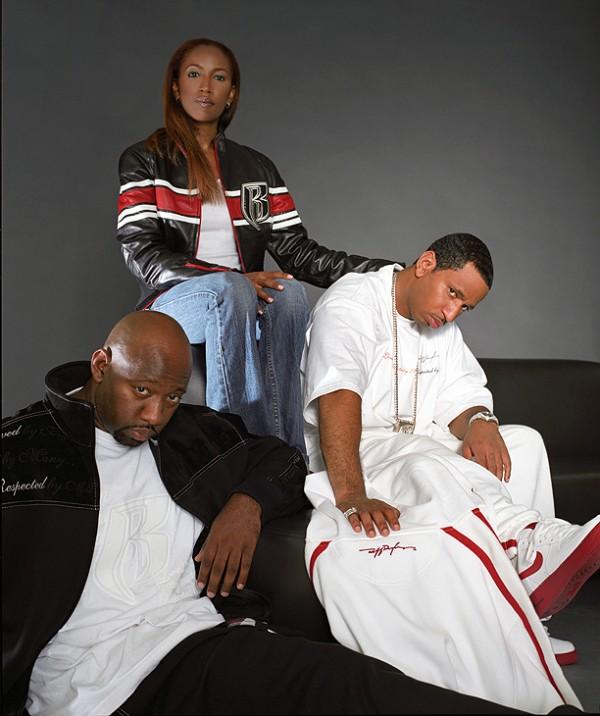 Ruff Ryders' founders were initially famous for managing rappers DMX and The Lox who became multi-platinum stars for Def Jam Recordings and Bad Boy Records in the late-1990s. After DMX's success, the management company started its own label imprint through Interscope Records, and had success with releases from female rapper Eve, former Bad Boy Records group The L.O.X. - the trio consisting of Jadakiss, Styles P and Sheek Louch, all of whom also released successful solo projects under the label, Drag-On, and Jin, winner of BET's 106 & Park freestyle MC battle competition. The Deans' nephew Swizz Beatz is the main producer for most of the acts on the roster. In 2000, when DMX accepted an award for the best Rap album at the Billboard Music Awards, the rapper was joined on the stage by his fellow Ruff Ryders' artists. In 2001, Cassidy was signed to the label through Swizz Beatz along with Full Surface label mate Yung Wun.

As the first Reunion Project since their 2005 Album The Redemption, Vol. 4 Jadakiss and Swizz Beatz invited Drag-On, Eve, Styles P, Sheek Louch and DMX, who had just been released from jail, for the Remix of "Who's Real." A Ruff Ryders Reunion Album was announced by Swizz Beatz and was originally set to release in 2008 but it got pushed back.

In 2010, founders Joaquin and Darin Dean decided to revamp the brand through a new venture known as Ruff Ryders Indy, as a Fontana/Universal affiliated distribution company.